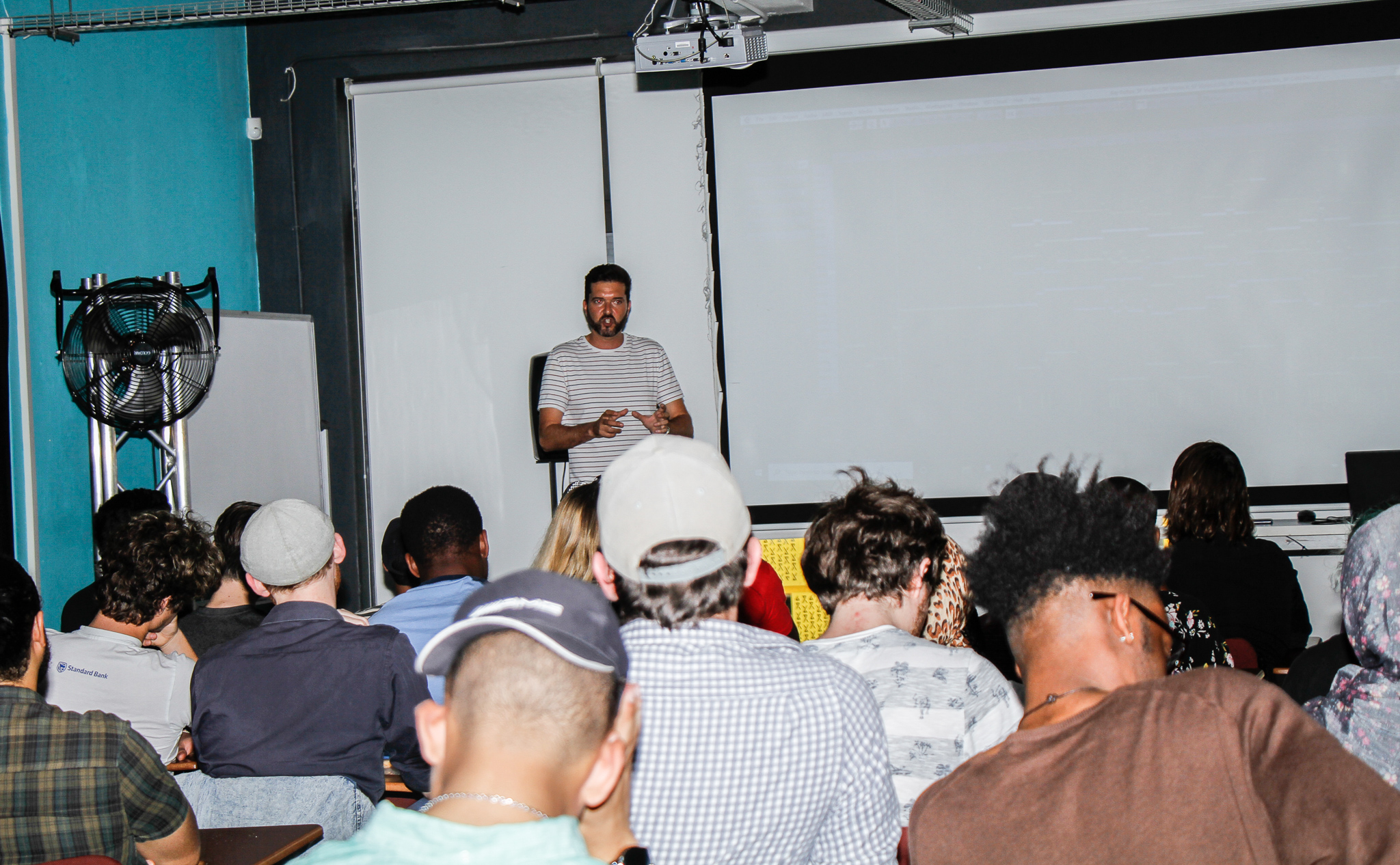 Having Reveret as part of the curriculum was quite a coup. After all, his resume is rather enviable and his work schedule jammed packed. Reveret’s resume and skills extend into musical composition and arranging all the way to production.

A true force within the music scene, French born Reveret is most notably known for collaborating with accomplished artist and musician Deadmau5 on his album “Where’s the drop?”, writing re-imagined orchestral works of the artist’s previous catalogue. His electronic music has been featured on BBCRadio 1, garnering support from artists such as Laurent Garnier, Bastille, Madeon, Bassnectar and Pendulum. In music-for-film he has afforded his talents in working under composers Tom Holkenborg (Junkie XL), Brian Tyler, Christopher Young contributing works on Box-office hit film franchises such as Furious 7, Avengers: Age of Ultron, Deadpool and Power Rangers to name a few…

SAE and Greg Reveret collaborated on a one-of-a-kind Sound Masterclass open to all SAE students, in particular those enrolled in either of the 2 flagship Audio degrees on offer at SAE.

Excited students and staff from all departments listened intently as Greg delved into the intricacies surrounding audio post-production, comparative discussions regarding the Film industry both abroad and local, process and procedures as well as providing valuable feedback from his most significant collaborations of the past five years.

The masterclass encompassed presentations, demonstrations as well as ample opportunity for employing meta-learning strategies. Both students and staff enjoyed his insightful, gentle and accommodating nature.

For more information on Greg Reveret & his SAE Masterclass –