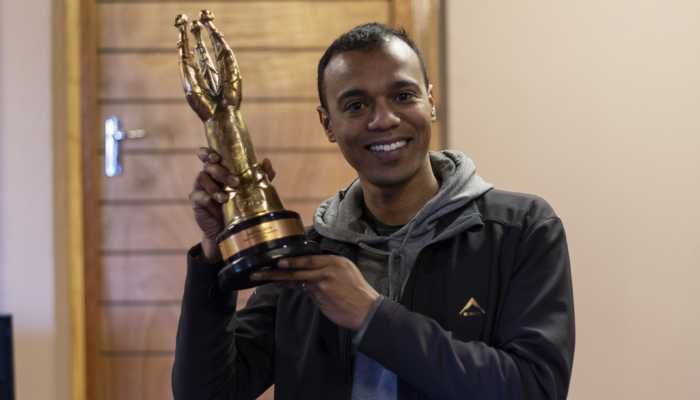 Xcellerate is an extreme sports show that follows kids from all over the country as they prepare for, and compete, in various competitions.

This is his story… 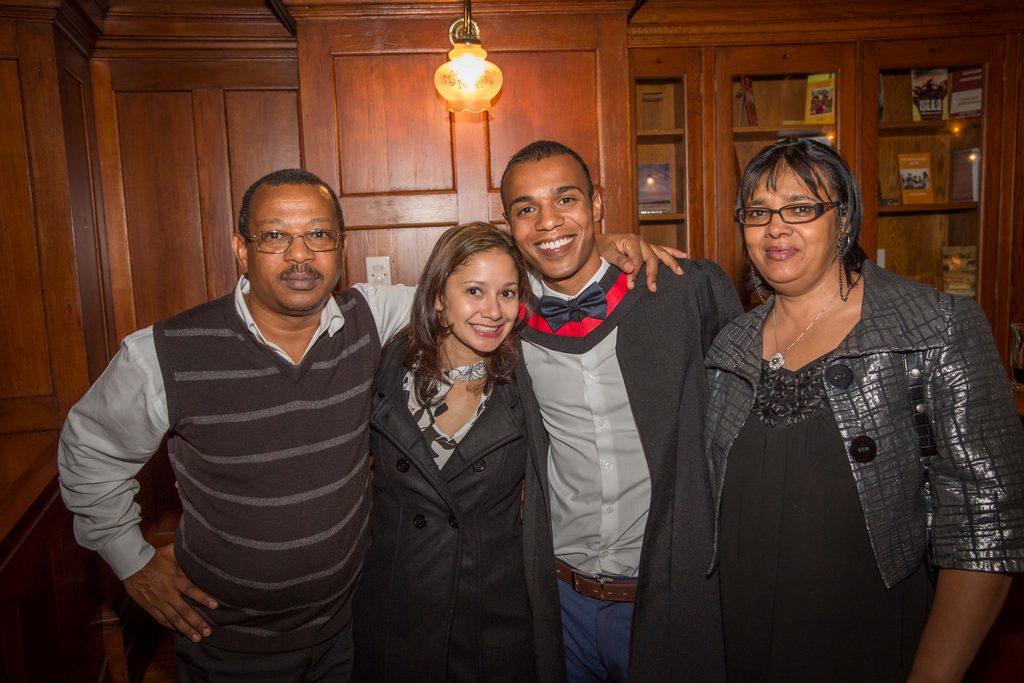 You first found your love for film making at the tender age of 8… when you look back now at where your career is heading, does it all make perfect sense?

Everything makes perfect sense to me today because I create from what I know and all I know is my own authentic experiences.  I never thought I’d be in this industry because I had no exposure to it growing up. I recorded videos at a young age but never regarded it as film-making. If it wasn’t for technology rapidly becoming more affordable, I don’t think I would be in this industry. I love what I do now, and I wouldn’t change anything.

Whilst finding your way in the film industry, without any formal training, you received advice on doing a film course… what was the selling point for you to study further at the time?

I did extensive research at the time.

I read a lot of books on film-making and I watched a lot of the recommended critically acclaimed films. I also spoke to friends that were studying at other film schools and they related their experiences to me. A lot of them complained of the cost and no guarantee to get work. So, I made a calculated decision to come to SAE ‘cos they offered a 12-month certificate program.  It was still relatively expensive for me, but it was better than enrolling into a three-year program as I only could afford one year’s tuition.

What made you choose Digital Film Production at SAE as a study choice?

At the time SAE’s film department was new, I think their film course was only a year old. Another reason I chose SAE was the fact that it is a globally recognised institution.

What was the first job you did after graduating from SAE?

First job I got was with Omnico; they distribute GoPros in South Africa. I actually got the job through SAE. One of my lecturers at the time recommended me to a friend. (Thank you, Grant Birch.)

Earlier this year you won the Golden Horn at the South African Film & Television Awards (SAFTAS)’s in Best Children’s’ Programme 2018 category for Xcellerate SA. Tell us a bit about the work you did/do on this show… 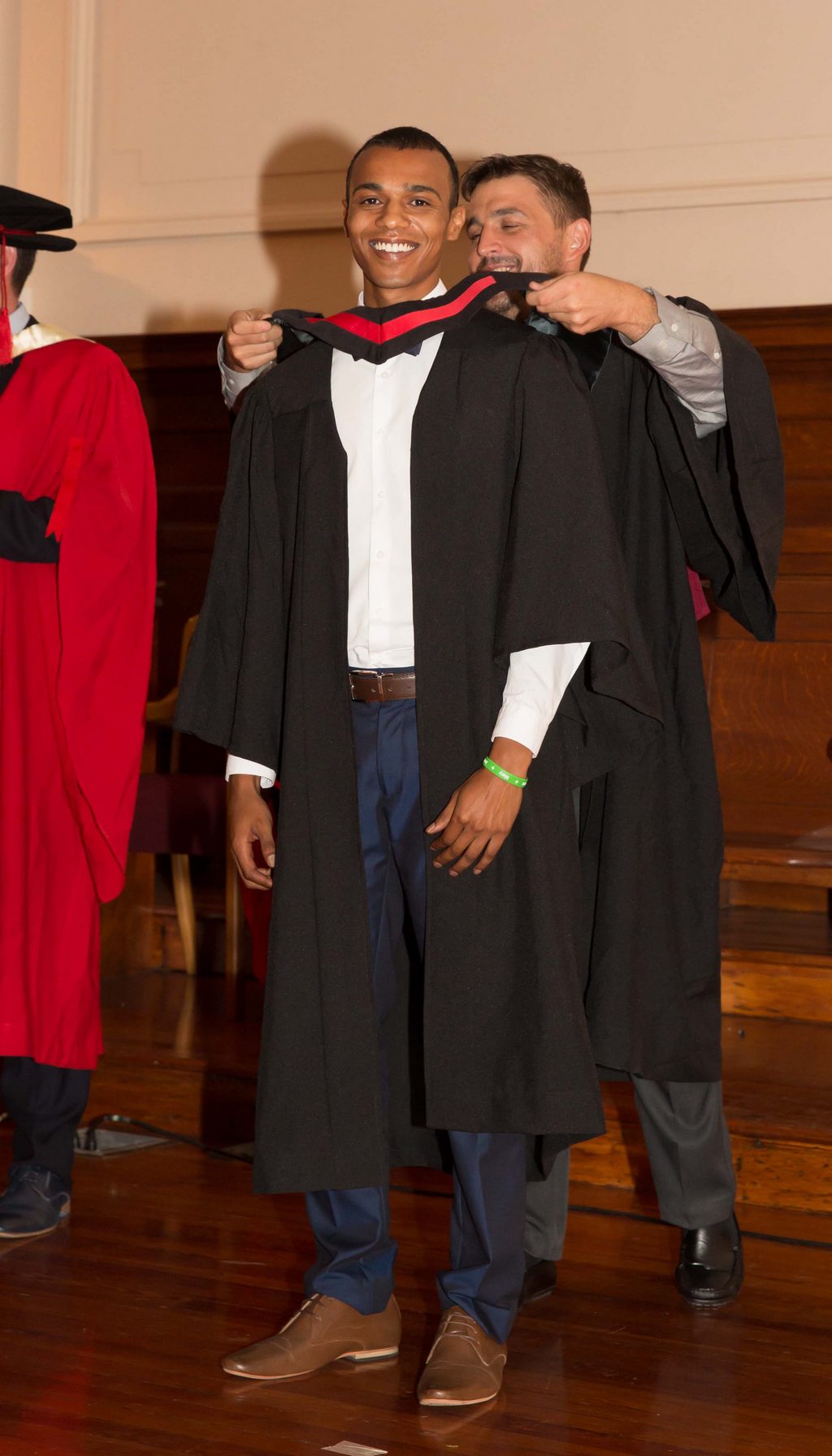 I did everything except the editing.

I produced, directed and filmed the show, came up with the name and format with the help of my editor Wesley Davids. I filmed every frame in the first season; that’s all 625 minutes of season 1 that aired between February 2016 till October 2016 on SABC3.

I even did my own location sound. The production value wasn’t the best, but I made sure the story was authentic and honest and that’s why I think we won. Season 2, I also produced and directed and is currently in selection process for SAFTAs 2019.

“Work your ass off coz hard work beats talent, when talent doesn’t work. Look and smell good, and always be 10min early for call time.”

It’s the most difficult industry to establish yourself in because most of what we do is subjective.

I grew up poor, but I had a lot of dreams and this industry can crush your spirit if you don’t have thick/pale skin. I just kept on pushing and believing in myself even when people told me I’m no good.

Any other projects you’ve been working on that excite you for the future?

Every project I work on is exciting .

Xcellerate is a project that excites me the most about the future of South Africa. Working with talented kids is very rewarding and seeing them achieve even once the camera has stopped is amazing. Most of the kids went on to win national and international awards for their sporting disciplines.

Tell us a bit about your time at SAE;

a) Which subjects on your course you enjoyed most?

b) Which subjects you think will prove the most beneficial as you move forward with your career.

c) If you could name one thing that you feel you benefited the most from studying at SAE, what would this be?

What advice would you offer someone considering studying creative curricula such as Audio, Film or Animation?

Do your research first.

Make sure you know this is what you want in life.  Don’t do it for the wrong reasons  i.e. money and fame. Work your ass off ‘coz hard work beats talent, when talent doesn’t work. Look and smell good, and always be 10min early for call time.